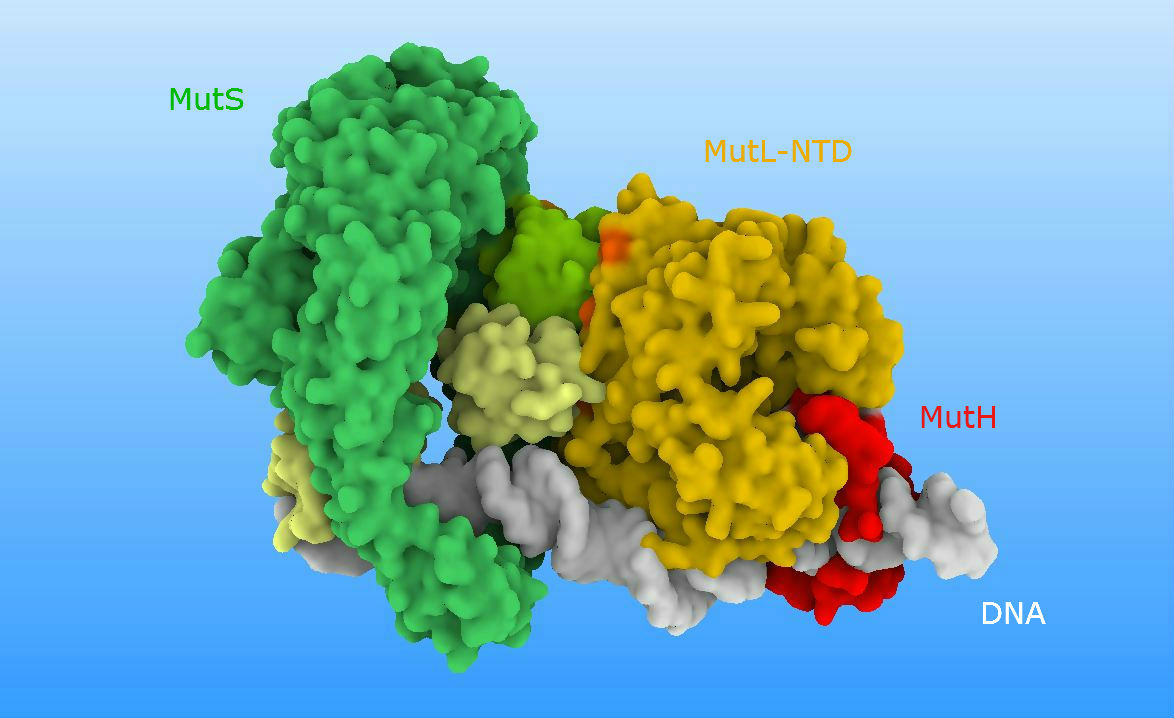 We have collaborated with Peter Friedhoff’s team to generate structural models for the complex between MutS, MutL and MutH.The key proteins MutS, MutL form with DNA an unsolved ternary complex that coordinates the steps of the repair process (identification of the mismatch and the strand containing the erroneous base, excision of the strand containing the “wrongly” incorporated base). For strand discrimination a third protein, MutH, is recruited, which incises the erroneous DNA strand at hemimethylated GATC sites.

We designed an experimentally-informed modeling process to generate arrangements of these proteins involved in the DNA repair system in E. coli. The process is fed with low-resolution spatial data from chemical crosslinking and fluorescence resonance energy transfer (FRET).
The paper is available here: http://www.jbc.org/content/286/19/17326.abstract?sid=c0b41b11-5413-4ee2-8dd4-2bc610849c1f