GraphiteLifeExplorer (formerly MicroMégas) allows to model 3D assemblies of proteins and DNA in an intuitive manner.

The GraphiteLifeExplorer open source software is the result of a collaboration between the Fourmentin-Guilbert Scientific Foundation and INRIA. It is developed by Samuel Hornus as a plugin to the Graphite research platform developed by Bruno Levy and coworkers at the Inria ALICE team.

It runs on Windows, Mac and Linux and requires a recent graphic card.

The tool can be downloaded here.

If you have any questions, you can contact us at: info [at] lifeexplorer.eu or samuel.hornus [at] inria.fr

Graphite-LifeExplorer’s main feature is the capability to create 3D models of DNA in a highly intuitive manner.

To date, the free modeling and visualization tool enables to:

– import PDB files
– create isosurface of molecular object
– highlight residues of interest
– calculate distance between residues pairs
– import and export in 3D formats
– model DNA and export the result in PDB
– visualize a 3D scene with Level of Detail
– explore a scene with real-time ambient occlusion
– import a file with x,y,z coordinates and convert it into a DNA representation
– rewrite the PDB file of a protein
– render a scene with numerous effects

We will soon provide video tutorials in the 3D modeling section.

Graphite-LifeExplorer is the result of a collaboration between the Fourmentin-Guilbert Scientific Foundation (http://www.fourmentinguilbert.org) and Inria (Samuel Hornus, Bruno Levy; http://alice.loria.fr). It runs on Linux, Windows and Mac OSX.

The tools is in beta stage, and it is hoped that users will provide feedback.

Some information about GraphiteLifeExplorer current development

Fixed a bug that made DNA export in PDB unusable. 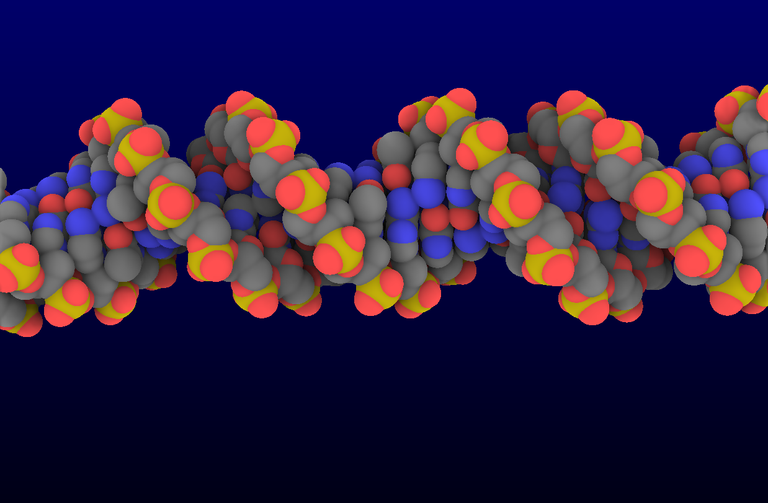 A new tutorial is available: How to group several surfaces?